I recently moved to the Hyundai Hometown apartments in Janggi dong and have been enjoying daily walks along the ARA golden water canal.

Overall I am very impressed.  It is a great recreational asset for Gimpo county.

I do have a few suggestions for improvements

Have goats eat the weeds

Extend hours of boating, add in kayaks and canoes

Have bike and scooter rentals available

While the first two items might be too expensive, the other items should be inexpensive and will help in maintaining the park.  For the fishing, you can charge 10,000 won to use the fishing facilities. That should defray the extra costs.

Julia’s American style diner near the ARA canal, Gimpo near the Jaangi stion on the gold line advertises itself as an American style family diner.  And that is just what it is.

The food was great, just perfect and the coffee was great too. The portions were generous and the price was quite reasonable. This was billed as an American brunch but it was more of a British brunch what with the beans and British style bangers (sausage) included.

We are definitely going to come back.  Next time we will try the pancake and split the brunch.

They also have steak, burgers, pasta, French fries. and risotto and Korean style fried rice omelet on the menu.

The deco is also diner style as is the overall ambience.

It is conveniently located just steps from the canal coming from the canal turn left at the Mega coffee shop on the left hand side of the canal and walk up.  It is about a mile and half from Jaangi station on the gold line or by bus in Jaangji station.  Get off and walk down the canal (turning right) cross over when you see Mega coffee and turn left up the steps.

In short, I highly recommend this restaurant.  Some other American style resturants near by include the following (Trip advisor list)  disclaimer:  I have not yet dined at any of these but hope to do so soon and will post reviews as I get to them.  Stay tuned for that.

Other near by restaurants:

“You go for the view and American-ish food”

“Pretty cool, worth it”

“Having brunch with friend”

Venice in Korea and other Korean Stream Bed Parks 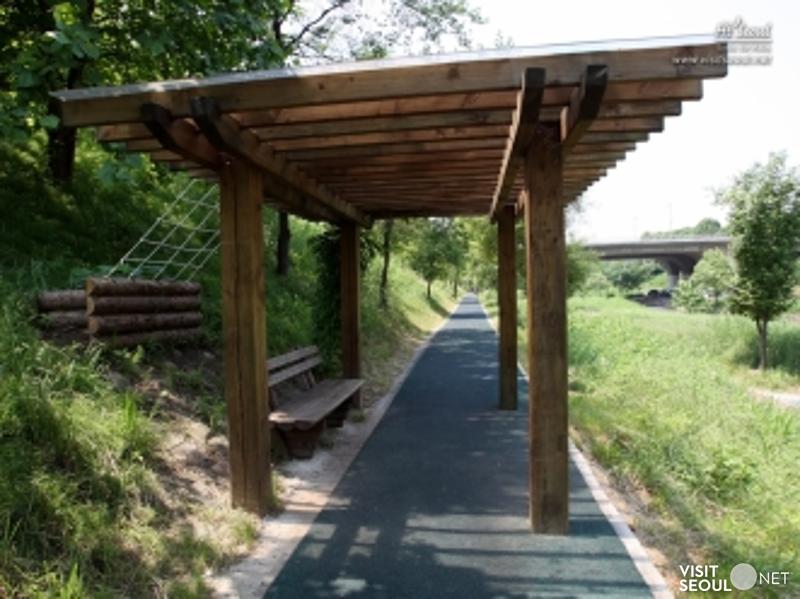 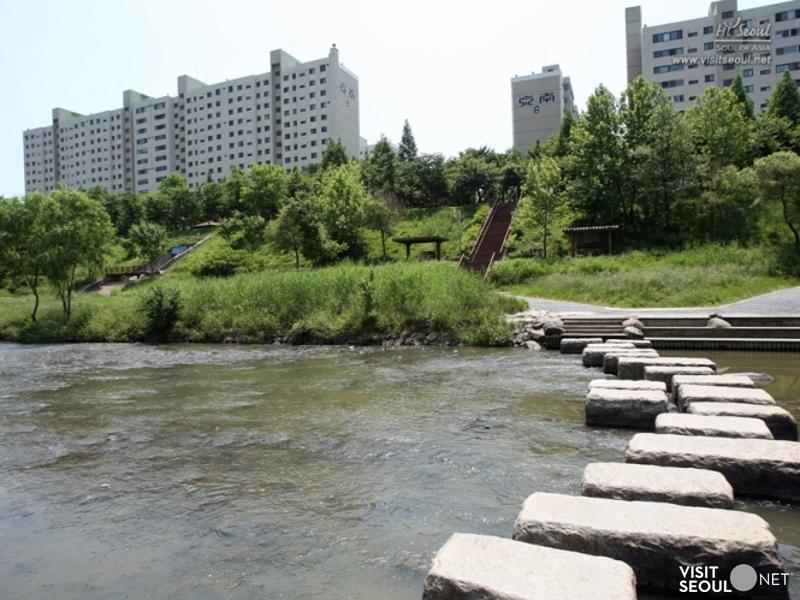